His name was Bruce.

He came to my office with a mouth full of problems. 8 implants had already been placed with no input from me…ready to be restored. His bite was collapsed and he was overclosed. He was medically compromised. He was a complicated case that I hadn’t had any input on. I was in so far over my head, yet I was young and dumb enough not to know it.

Even worse, he was wealthy and used to getting his way. He was a snowbird, spending his winters in Florida or Arizona. But every year around mid-April (occasionally in February because he would fly north with a tooth problem…awesome) I’d see his name on the schedule. For two hours. With a passive-aggressive description of his problem like “crown that was just done is broken”. He was good at making me feel like everything I was doing was wrong. Some of that feeling came from the fact that I really didn’t have a good plan, but the other part was his withering stare. 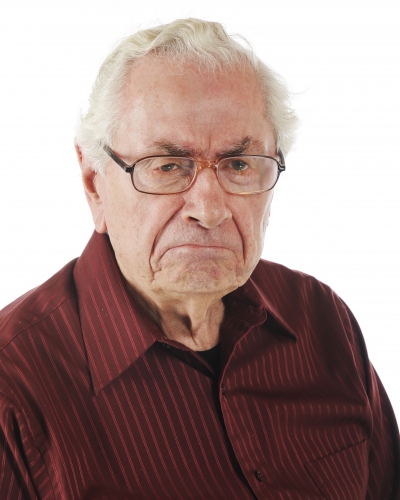 Meet Bruce. We all have them. He’s one of mine.

Be honest. You have a Bruce in your practice. In fact, if you’re like most dentists you have a bunch of “Bruces.” The denture patient that is never satisfied. That woman you’ve been seeing for 15 years in hygiene who hates having any work done and won’t look at you when you walk into your hygienist’s operatory. Maybe it’s the patient that you’re on decent terms with but every single time you treat them, things go completely off the rails. We all have our Bruces.

Sure, you can “fire” these patients from your practice and for some, you probably should. But honestly, if I fired every patient that’s caused me to wince when I look at the schedule…I’d be decimating my practice.

What if I told you that I have figured out a pretty reliable solution for these patients? It might not make the dentistry any easier, but you’ll probably sleep better most nights no matter who’s on the schedule the next day.

The solution is pretty simple. Everyone has a button. You just have to figure out what it is and be willing to push it.

It started in dental school for me. Once we started in clinic, the social interactions we had on a regular basis became more complicated. Not only did we have to figure out the patients, but we had to work with an instructor as well. In most cases, the patients were the easy part. Patients willing to come to the dental school for treatment were already pulling for the dental students to do well. They wouldn’t put up with the extra time and hassle if they didn’t kind of love their dental students. The instructors were a whole different deal, though. You couldn’t really predict who you’d be working with on any given day, so you were never quite sure what you were in for. Some instructors were laid back and helpful. Others were grumpy and mean.

For instance, there was “Dr. Stone.” He was a prosthodontist who worked mostly with the grad prosth program, but during my senior year ended up on the clinic floor quite often. He was tough. He made snap judgements about you before your patient was ever seated. If you didn’t know what you were doing (and let’s be honest…who did?) he would eviscerate you with words in front of your patient. He was a guy you avoided at all costs.

I knew I would eventually end up in his corridor of cubicles, so I took a proactive stance. Whenever I could, I would go over and talk with him. I would seek him out. What would I talk with him about? Perhaps balanced occlusion in dentures? Tissue retraction for the ideal polysulfide impression? Hell no! I talked with him about the thing he liked to do most…fly fishing. 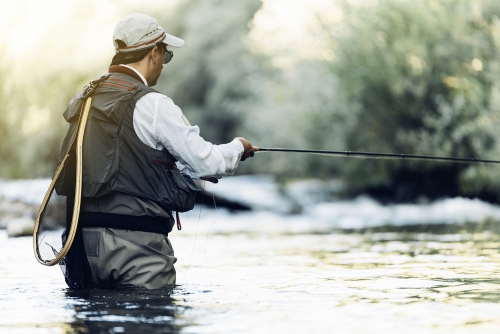 “Dr. Stone” away from the dental school

You see, it turns out that I overheard him talking about fly fishing with another instructor. You could tell that he was passionate about it and it was something he did whenever he got a chance. I didn’t know much about fly fishing, but I spent a lot of time at Barnes and Noble (this was some years before Google was a thing). So, knowing that Dr. Stone was a fly fishing fanatic and knowing that I would eventually have to work with him…I did some research. I used the extensive selection of fly fishing books at the Barnes and Noble to become somewhat familiar. Although I didn’t become a fisherman, I could carry a conversation.

From there I would approach Dr. Stone whenever I could and ask him if he’d been fishing lately. And more often than not, he had been. And if he hadn’t been, he was planning a trip.

What I found was that people like to talk about themselves, their families and their interests. Furthermore, they don’t need a lot of prodding to do it! Dr. Stone was always up to talk about fishing. To the point where when he would see me in the clinic, he would seek me out to have enjoyable conversations about fishing adventures. It wasn’t all that important to him that I didn’t fish. It was more important that I showed interest in him and we enjoyed talking to each other.

Dr. Stone turned out to be an instructor that I could work with even when others dreaded him. This experience taught me that almost everyone has a “button.” And if you learn what their button is and are willing to push it, you have a chance to change your relationship with that person in a positive way. Dr. Stone’s button was fly fishing. I did a little research, pushed the button and changed the way that he and I interacted in a way that benefitted both of us.

Isn’t that kind of manipulative? Yes. It really is. But not in a dishonest way. By doing a little leg work I was able to change the relationship I had with this person that made it more likely that we would have good interpersonal interactions going forward.

So, back to Bruce. He’s a difficult patient. When I see him on the schedule, my stomach tenses up. Does Bruce have a button I can push? Probably. Most people do. How do I find out? Well, you have to be willing to engage with a person on a completely “non teeth” level. It starts with talking to the patient. And not the kind of talk that starts with, “are you having any discomfort?” More the kind that starts with, “how was your weekend?” or “if you could be somewhere else doing something else…what would it be?” These conversations should happen with no mask on, no gloves on and no loupes on. Ideally you’re sitting facing each other in the way that human beings do when they’re having a conversation.

The difficulty is almost always your schedule. You’ve got patients to see and you don’t want to get behind. I understand. My suggestion is to always leave a little more time than you think you’ll need for these people. You probably won’t win them over right away, but the extra TLC you’re willing to give them with a conversation is worth it in the long run.

Each time I see Bruce, I have to spend some time catching up. Bruce is a snowbird and a road warrior. He’s an RV guy and he’s probably been on some kind of cross country adventure since I saw him last. Whether it’s Arizona or Florida, he’s been living it up in his ridiculously fancy and expensive RV and he’s got some stories to tell. Travel, RVs and horses are Bruce’s button. And because we know he can be pretty unpleasant and bossy, I’m always ready to push one of these buttons. Or maybe even multiple buttons! 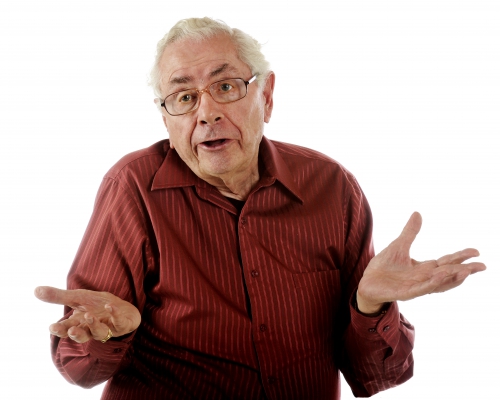 Bruce, telling me about his last trip to Arizona.

Over the years we created another problem with Bruce. He talks too much. I’m not even kidding. My assistant struggles not with his mood or behavior, but just shutting him up long enough to get the work done and get me on to the next patient. Pushing the buttons that we discovered with Bruce has changed his relationship to me and to my office in a profound way. I prefer this new problem over the one I started with, though.

Before I became completely conscious of my “push the button” technique, a challenge like Bruce could wreck my day. I must admit that sometimes it doesn’t work. Sometimes people aren’t interested in making a connection like this, and you can’t make them. But more often than not, if you’re willing to be selfless and do some listening, most every situation can be de-escalated. In fact, some of these patients can be turned into raging fans of you and your practice. All while sparing you that tense stomach feeling when you look at your schedule.

Alan Mead is a dentist in Saginaw, MI and is the co-host of the Dental Hacks Podcast. He doesn’t really know that much about fly fishing, although he probably won’t let on. 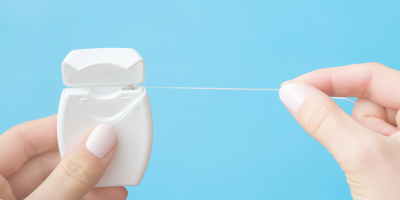 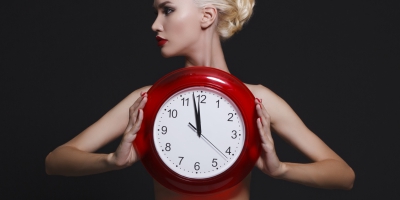 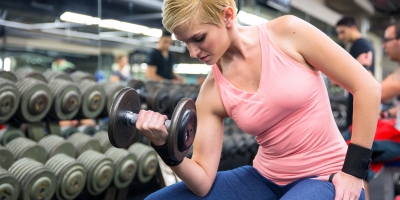